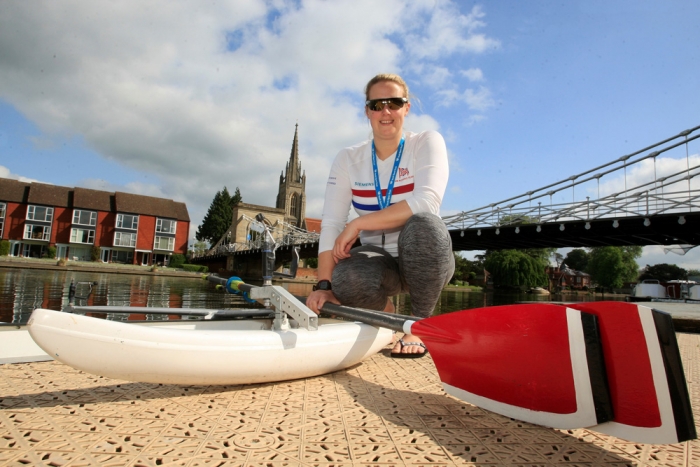 May saw the first of my long paddles, well just 4 hours actually and if you look at that in relation to TGTR it’s not much, but I gotta start somewhere.
I have spent a few months building up the fitness, working for 80, 100, 120 minutes on the rowing machine, stopping every 20 for a 3 min rest and refuel; I have also been working on my core and back strength because if anything is going to let me down it is that.

Since Jacqui and John agreed to write me a programme we have been looking at the intensity of the training, what do I have to do to keep going for a very long time, to get as much speed as possible for as little effort as possible? What we decided on was heart rate no higher than 135 and working at around 22 strokes per minute. It is a very tick-tock, tick-tock rhythm as I am not putting a lot of effort into each stroke – which feels very odd. What I am used to is a big push with the legs each and every stroke, then taking my time on the recovery before I take the next stroke.

The other reason for that tick-tock rhythm is that we don’t want to give the boat time to slow down between strokes, if it does then I would be expending more energy per stroke picking it back up again. We don’t know if this is the right way, all this is very unknown to myself, John and Jacqui, but the theory works in our minds so we are sticking with it. Between us we have a lot of knowledge.

The first 3 hours of the long row felt great! I did get a little excited though and go off too hard with my heart rate too high for the first couple of kilometres, but once I settled down into that easy rhythm it was no problem to maintain. After three hours things started to ache, mainly my lower back and my shoulders and as expected my hands were starting to sting a little. 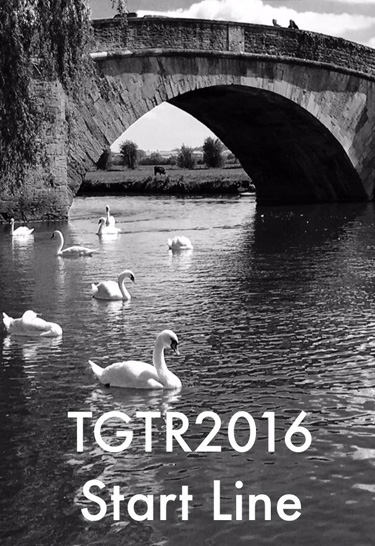 The nutrition for this was also important, taking on electrolytes after the first hour and refuelling with water and food in that order. When you eat, your body holds on to the food in order to digest it and before it gets released into your intestines where it is absorbed. Therefore, anything you drink whilst eating will sit in your stomach with the food and not be absorbed straight away. If you drink first it goes straight your intestines and will keep you hydrated.

Also this month The Kings Head Cricket team from Little Marlow were educated on, and then played Blind Cricket. Their opponents were The Berkshire Stags cricket team and it was fascinating! At the end of the day and after a lovely BBQ, The Kings Head team (who have been raising money for us for a while now) presented me with a cheque for £1,136… WOW, I am so so grateful!!!
We have also met a number of people who know, and I mean really know river locks and how they work. They are from various River User Groups (RUGs), Yachting Clubs and Sailing Clubs up and down the Thames and are all incredibly enthusiastic about my challenge and helping me get through in the fastest possible time. There are some remarkable people out there if you know where to look.

We found some of these remarkable people on a trip to Lechlade and the start of TGTR2016. On that day we met some lovely people from Faringdon Rotary Club and from the local RUG, all of whom have offered to help. Opening the first 10 locks, arranging an event for the start of the row and being the scout boat for the first few hours. Liz and I left feeling that suddenly the road ahead was a little clearer and we now had a little less to do. Dennis, Alan and their wives (who are both called Jill) took us out on their boat showing us how windy and tricky the first section of the river will be. I feel it will take more mental energy than physical. It was beautiful and peaceful and going through one of the locks was an education!

I sometimes sit and have a little panic to myself that there is so much to do, we are behind on stuff and there are less than 100 days to go but you know what, I am just so humbled by the amount of help we have received so far from so many people… THANKYOU!!! 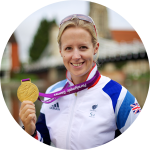 Naomi is writing a series of blogs building up to The Great Thames Row, and they really are worth a read to understand more about Naomi’s motivation, the charitable aims, and what has been achieved so far.